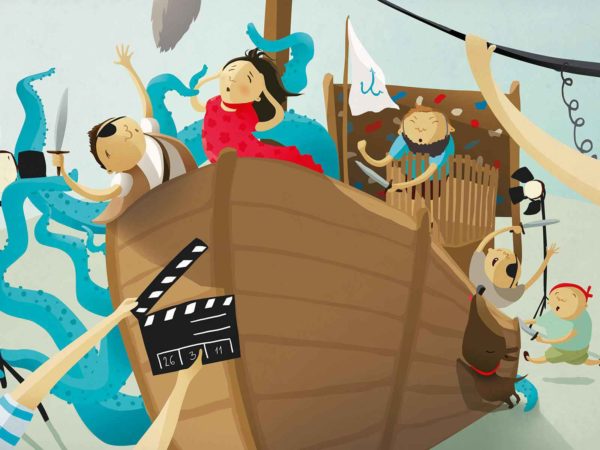 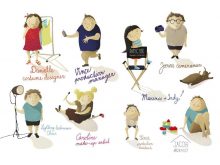 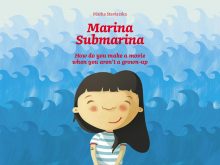 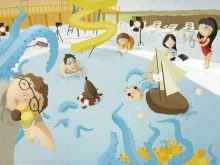 Chapter seventeen About how the shooting was almost called off and who was to be blamed and also about who saved the day.

Hi! I’m Marina Submarina! One day, I’ve decided to shoot a great movie about pirates and monsters. With my grandpa and my friends, because one can’t do everything on their own. What’s more, it was loads of fun with them.

We took a secret oath on the carousel with Jonas and Chris that would never go to school again because we would already know how to make movies! And so we didn’t spend holiday climbing trees and riding bikes, well, all right, we did, but only a little! But we were thoroughly looking for the film crew and actors, scrambling costumes, making up the plan, arranging placing for shooting and, of course, shooting!

Experience film adventures, too, and shoot your own real movie with the help of this Audiobook!

Why Marina is called Submarina and why she has a tattoo.

About how Marina Submarina found out about the mission in her life.

About the oath on the carousel and about how finally Grandpa arrived.

About the script and why Jonas and Chris are offended.

About how the director can’t be a yellow-belly and what’s the reward for producer.

About the big meeting in the sandpit and about how the shooting was unstoppably approaching.

Dangerous chapter which may not end up well…

About the floral lady and despair at the fountain.

Who’s Mr. Dzadon? That’s a surprise. But the main topic of this chapter is that Marina knows exactly who will play Christopher.

Chapter where many problems will be solved but mainly the one with costumes.

Chapter about the attic.

You can’t see famous writers on TV except in the city center. And how they were almost shooting but not quite yet.

About preparations and why Marina Submarina invented the LOOK.

About Ivy. And also about one rather important thing. Guess which one? Well, about filming!

Why sound designers shout cut and why apples fall on heads of naughty kids.

About how the shooting was almost called off and who was to be blamed and also about who saved the day.

About ice-cream, thirty-five millimeters and funny things but also about one sad thing.

About how you can’t find Malaysian Scriptacabra in the ZOO.

Sad chapter. Of course not, we’re just pulling your leg, it’s a cheerful chapter because everybody is happy but we will be sad because it’s the last one. That’s why it’s a sad chapter for us.

Don’t miss our news and discounts!
Don't worry to try, you can unsubscibe anytime.